Trending
Groovy Fashion Stars in the Once Upon a Time in Hollywood Teaser 12 affordable online boutiques fashion editors are obsessed with Hamish Bowles’s Top 10 Picks from the Architectural Digest Design Show 2019 This Look Is Money: How Three Editors Dress for Work 5 Random Colours That Are About to Be Everywhere
Uncategorized

Student media coverage of the UK riots in 2011

Student journalists from around the UK have jumped to cover the ongoing riots across the country. Ones to Watch brings you the latest:

– The University of Birmingham’s Redbrick journalists continue their phenomal coverage of events in Birmingham with a live blog of the second night of riots in the city here. 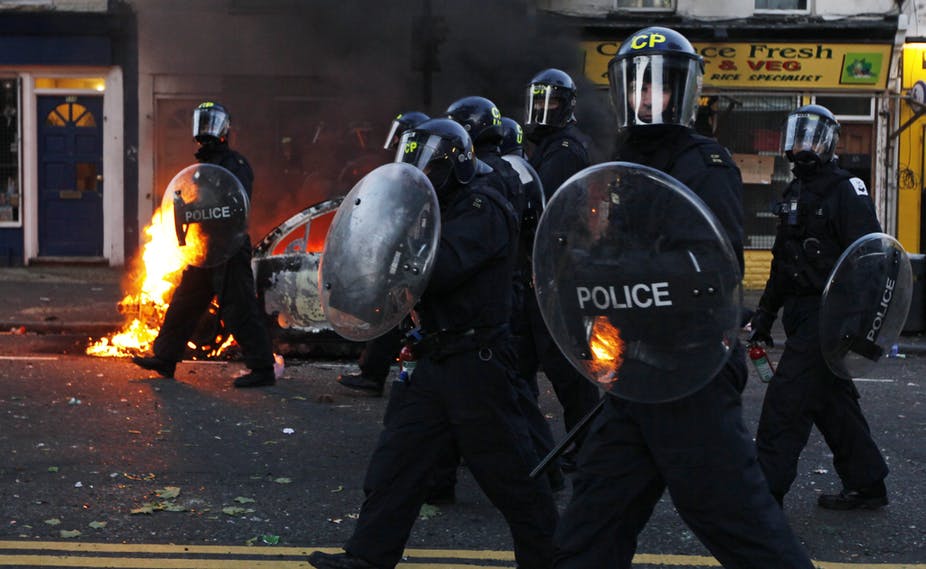 – Also from Redbrick, a visualisation of stats from the paper’s coverage of yesterday’s riots; Alexander Blanchard disects the cause of the riots here and Owen Earwicker defends Twitter’s role in the riots here.

– Jamie Chadd writes for the University of Southampton’s Wessex Scene on how Hampshire Police used Twitter to reassure residents in Southampton:

With rioting in London, Birmingham, Nottingham and Bristol reaching extreme proportions last night, Southampton residents were fearing the worst as rumours and speculation abounded on potential similar situations in the city centre.

The police were made aware of communications between youths in the early evening regarding rioting in Southampton, but reports of riots actually happening in the city were found to be false.

Compliments have been flooding into the Hampshire Constabulary, after their use of social media to correct the misinformation.

– Wessex Scene is also collating Southampton students’ reactions to the violence here. They are hoping to foward young people’s feelings about the riots on to local authorities.

– Fiona Crosby sums up last night’s events in Nottingham for the University of Nottingham’s Impact magazine, including a timeline of events:

Nottingham has been the victim of copycat unrest following the London Riots. The worst of the damage was in the St Ann’s area of Nottingham, where a police station was petrol bombed. Across the city, 40 cars were vandalised or set on fire and houses were damaged. There were reports of sporadic looting, including smashed windows at the Victoria Centre in the heart of the city. Over 100 police officers were mobilised to gain control of the situation. As a result, a 20-year-old man and a 16-year-old boy from the local area were arrested. Full story here.

Just as good jeans and t-shirts play a significant role in your wardrobe throughout the year, the…
END_OF_DOCUMENT_TOKEN_TO_BE_REPLACED
0
0
0
Share